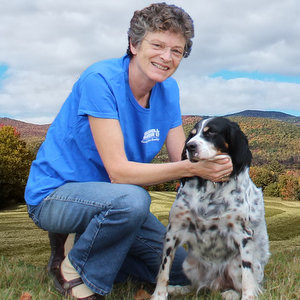 What My Customers Say...

We met Juanita Bean when her husband Brad Smith showed us a great cabin in Starks which we bought in 2012. After getting to know the area, we realized that we were doing our chores in Starks and then heading to Rangeley or Sugarloaf each day. After a day on the lake or skiing, that was a long drive home on dark, deer-filled roads. We contacted Juanita, and she showed us a number of properties closer to that area. We listed our house for sale in Starks in March 2014 with Juanita and Brad's team at Sandy River Realty. We quickly had an offer and it was sold in June 2014, so we began looking at properties further north off of a state-maintained highway. Juanita and Brad were quite a team. She would take us to view the properties and he would dig around in the town offices pouring over tax statements and deeds. When Juanita showed us a log cabin on 27 acres of land between Sugarloaf and Rangeley Lake, my husband flipped asking why she'd show us the house of our dreams knowing we would never be able to afford it. She just shrugged and said we should make an offer. Her contact, Becky, at Bangor Savings Bank, made the loan process so easy for us and our offer was quickly accepted. We closed on our dream home in January 2015 and moved in February between blizzards. Being from away, Juanita helped us arrange for a snow plow guy, a plumber to turn the water on, and managed to find fire wood when it had sold out months earlier. Juanita is simply the best.
- Lori

I look forward to working with you.